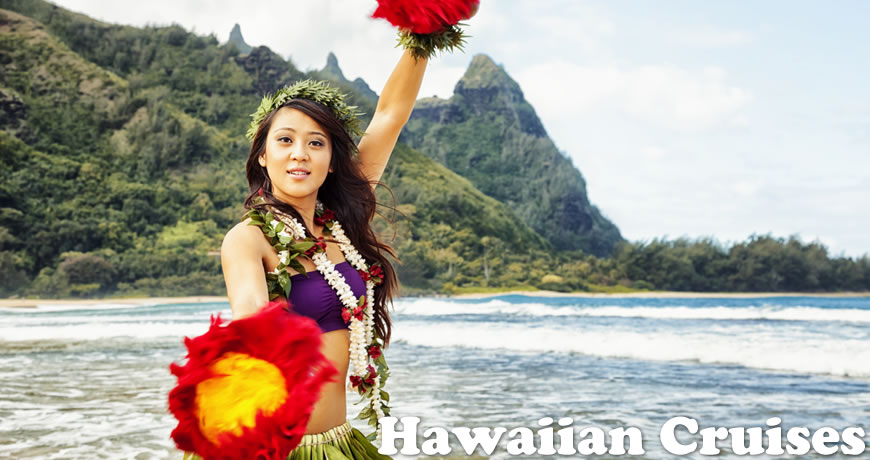 Thought about a vacation of island-hopping without having to pay for individual lodging and dining expenses in each location? Because travelers are looking for a comprehensive yet affordable vacation of the Hawaiian islands, cruises departing directly from Honolulu have seen a surge over the past decade, starting with Norwegian Cruise Lines’ Pride of America.

While the Pride of America itself stays within the islands alone, offering round-trip itineraries, other cruise lines have taken advantage of this interest. The result is multiple contemporary and luxury companies starting their trips from the Hawaiian capital, traveling around the islands, and then heading off to North America, Asia, or Australia.

After you fly into Oahu, you’ll have a chance to explore Honolulu’s attractions, essentially kicking off your trip with a sight-seeing expedition. When it comes time to see beyond the city, multiple cruise lines depart one-way and round-trip itineraries from this port:

Keep in mind that, with the exception of NCL, most cruise lines have seasonal schedules from Honolulu. Winter’s the most popular time to depart, with the period from December until April being the busiest.

After leaving Honolulu, your ship may visit a combination of the following:

Hilo: This port serves as the gateway to Volcanoes National Park, a vast area known for a black and green landscape. Take a tour, by land or helicopter, to observe the lava tubes and steam vents.

Maui: Cruise lines let you explore this Hawaiian island from either Lahaina or Kahului. Both let you into a bevy of beaches and historical attractions. The port, however, is best known for its snorkeling, whale-watching trips, and natural wonders. Schedule time to see the sunrise from Haleakala National Park, while, later in the day, you can drive or bike along the Road to Hana, which takes you through rainforests and past waterfalls.

Kauai: Nearly all travelers want to see Waimea Canyon, considered the Pacific’s Grand Canyon. But, that’s not all there is to do in this port. Sail down the Wailua River to the Fern Grotto, or see the Napali coast with a drive up the canyon’s road.

Kailua: Adjacent to Hilo, this port’s known for two things: Its outdoor attractions, including some of Hawaii’s best beaches for surfing and seeing wildlife, and its Kona coffee.

After your cruise visits these ports, your ship may head toward North America, where it terminates in Vancouver, British Columbia. Other, longer itineraries head in the opposite direction, passing through French Polynesia to end in Australia or East Asia. Depending upon length, expect your cruise to last at least seven nights at sea.

Interested in a Hawaii-focused cruise? For all ships departing Honolulu, browse Direct Line Cruises today to schedule your vacation.

More About a Hawaiian Cruise

With eight major islands and countless natural sights and activities, a cruise to Hawaii is a once-in-a-lifetime experience. No matter if you start directly from the islands themselves or begin on the West Coast, a Hawaiian cruise touches on the four key islands: Maui, Oahu, Kauai, and the Big Island.

Through history, Hawaii became a melting pot of cultures, past influences, and various heritages. Great weather throughout the year casts a perfect scene, one seldom spoiled by rain and always welcoming. From trying new foods to exploring the natural beauty to passing your time snorkeling or kayaking, a cruise to Hawaii stops in the following locations:

• Maui. Favored by travelers, Maui stands out for its beaches. But this aspect constitutes just one side of the Hawaiian island. On your cruise, explore the peak of Haleakala or take in the natural beauty of the Pacific paradise along the Hana Highway, a scenic coastal road perfect for biking.
• Oahu. The island with Honolulu and Waikiki, Oahu presents a great range of shopping, dining, and nightlife options off the cruise ship. But, while exploring this island, don’t forget about history. Visit the U.S.S. Arizona Memorial or stop by the Polynesian Cultural Center for introduction to the many Pacific cultures.
• Big Island. Five connected volcanoes are the focal point of this island’s natural wonders. The Hawaii Volcanoes National Park offers a memorable sight of rainforests, a lava tube, and volcanic formations.
• Kauai. Known as the “Garden Isle,” Kauai stands out with its natural beauty, both high and low. Travel from the mountains to the reefs, with the rainforest and Waimea Canyon in between, on a nature tour.

Hawaiian island cruises range anywhere from 7-night to 35-nights in length. Longer trips encompass other Pacific nations, such as French Polynesia, Kiribati, and the Cook Islands. Ensenada, Mexico, Honolulu, Long Beach, Los Angeles, and San Diego are some of the departure points for a Hawaii cruise.

For your trip, experience the sights, culture, and wonders of the Hawaiian island with a ship that offers just the accommodations you want. Find Hawaiian vacations with luxury characteristics or family-friendly features on board Carnival, Celebrity Cruises, Norwegian Cruise Line, Royal Caribbean, or Holland America.