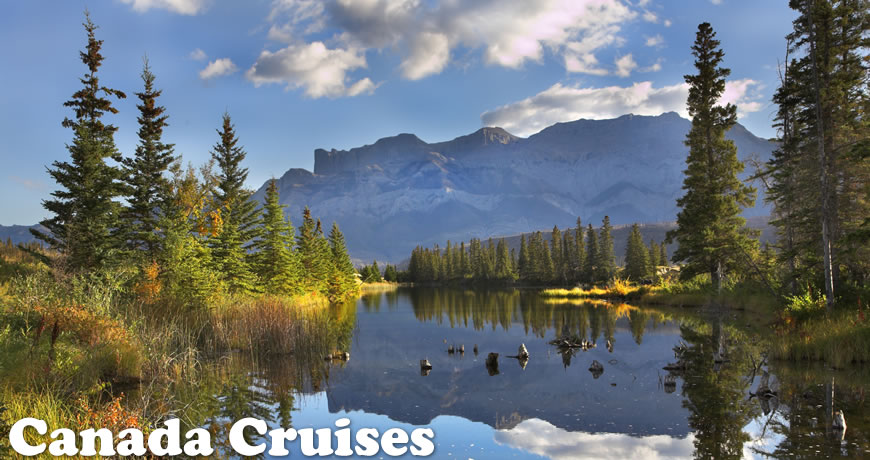 At certain times of the year, New England and eastern Canada’s landscape transitions from the tranquil green of summer to an autumn scene of burning reds, oranges, and yellows. Leaf season further frames the local culture, influenced by the English and French, offering a glimpse into early American history, and capturing quintessential regional aspects.

Because of these factors, many travelers in the U.S. and across the globe decide to embark on a Canada and New England cruise in the spring, summer, and fall. These trips, many leaving from Boston, travel up the New England coast, stopping at a few towns and cities by the shore. Then, once in Canada, the ship sails around Nova Scotia and down the St. Lawrence River, taking you past unique Canadian landscapes, through history, and to two of the country’s major cities.

What are your traveling options?

Prefer the traditional contemporary experience? Looking for something a hint more upscale and intimate? Boston’s one of the most popular ports for beginning a cruise to Canada and New England, and because of this, you’ll have a choice of several cruise lines when planning your trip:
• Holland America
• Norwegian Cruise Line
• Royal Caribbean
• Seabourn
• Silversea

Trips, depending upon itinerary, last five to 21 nights at sea.

For cruises to Canada and New England, your itinerary may be round-trip, taking you to Quebec or Montreal, and then going back through Canada to Boston, or may be one-way, in which your vacation ends in Canada. During the course, you may pass through:

Nova Scotia: Cruise lines frequently include Halifax, the province’s capital city. In the past, Halifax assisted with rescuing passengers from the Titanic; as such, its museums and monuments touch on this event. As well, Halifax is home to the world’s second-largest natural harbor, and as you travel around, you’ll likely note its beautiful scenery, serving as the backdrop to many college campuses, restaurants and pubs, a restored waterfront, and music festivals.

Prince Edward Island: Novel Anne of Green Gables put Prince Edward Island on the map, and many of the island’s aspects reflect this. Tours of communities and landscapes let you in on what influenced L.M. Montgomery. However, there’s more to this location, and as you spend time in port Charlottetown, you’ll discover strong Scottish and Irish cultural influences, and have a chance to taste some of the region’s best seafood.

Bar Harbor: This port in northern Maine is an attraction for Acadia National Park. While it’s one of the nation’s smallest national parks, it’s home to a stunning landscape of cliffs, mountains, and seascapes, and offers 125 miles of trails for hiking and biking.

Saguenay: This Canadian port’s located on the fourth-largest fjord in the world, a natural wonder measuring 60 miles long, one mile wide, and 1,150 feet tall. This attraction essentially shapes your time in Saguenay, considered a draw for outdoor enthusiasts. Excursions often let you explore the surrounding park land by foot, kayak, and even helicopter.

Gaspe: As Gaspe’s home to Forillon National Park, this city of 17 coastal villages along a peninsula is all about the outdoors. Pick your activity, from hiking trails and rock formations, visiting the largest bird sanctuary in North America, and learning about Jacques Cartier’s exploratory journey.

Quebec City: Travels remark about Quebec City’s walk-ability and Old World charm. As you explore this city located on the St. Lawrence River, you’ll clearly see French and English influences, and maybe even have the opportunity to visit the Fairmont Le Chateau Frontenac, one of the world’s best-known hotels.

Montreal: As Canada’s second-largest city, Montreal stands out for its strong French influences, which pervade nearly every aspect of its culture. Yet, while you’ll see plenty of signage in French as you walk around town, Montreal’s also home to many immigrant populations and a wide range of architectural styles.

Considering a cruise to Canada and New England from Boston? Explore itineraries today and plan your trip through Direct Line Cruises.