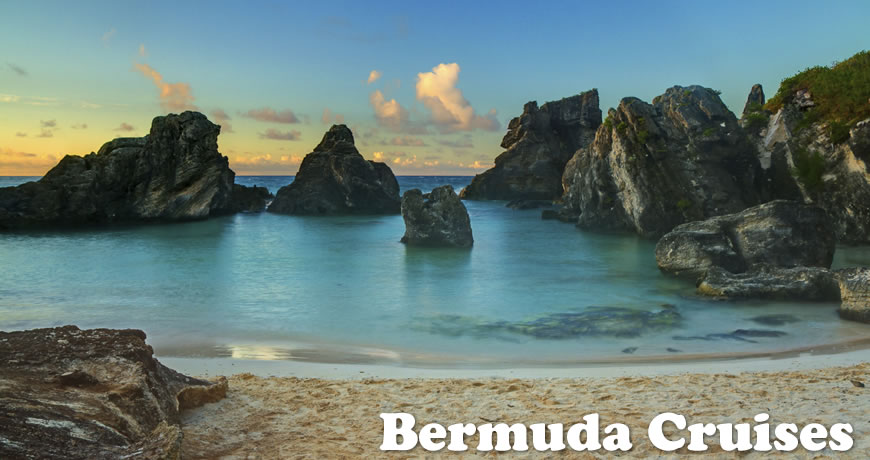 When many think about taking a cruise to Bermuda, they assume they’ll have to start somewhere in the South first. Yet, for part of the year, Boston is a popular port for beginning this itinerary, which lasts at least seven days and may include stops in Canada.

Boston’s cruising season lasts from late April to October, and as of 2016, two companies depart from this port: Norwegian Cruise Line, which has been running trips from Boston for close to 20 years, and Holland America, which took advantage of the location fairly recently. Both present two cruising options to the island paradise: A classic contemporary cruise, or a more intimate, upscale trip. After this period, most cruise lines re-route their ships south for fall.

King’s Wharf: Located on the island’s west end, this port, originally built by the British, served as a base between Halifax and the West Indies, and continued to be used through both World Wars. The historical aspects emerge, particularly the naval background at the National Museum of Bermuda and Gibbs Hill Lighthouse, but that’s not all there is to explore. Take in the local culture at Bermuda Rum Cake Company and Bermuda Arts Centre, or stop by the beach to parasail or scuba dive. And, another draw, a golf course is always nearby.

Hamilton: Designed for smaller vessels, this port in Bermuda’s capital city stands out with its pastel-colored buildings and ease of navigability. Here, you’ll have the chance to visit the Bermuda Underwater Exploration Institute.

St. George’s: What many don’t realize is, St. George’s was the English’s second New World settlement, and because of its historical significance, it’s now a World Heritage Site. Explore the city’s narrow streets, or come by one of its pink-sanded beaches – Tobacco Bay and Achilles Bay are very popular – to relax or snorkel. If you’re the outdoorsy type, this port gives you access to Crystal Caves, the highest concentration of limestone caves in the world.

Along with swinging around Bermuda, both Norwegian Cruise Line and Holland America ships return back to the mainland for a short tour of Canada. For these longer itineraries, expect stops in Maine, Halifax, Prince Edward Island, and Quebec City.

For a trip closer to home, begin yours from Boston. Browse itineraries and ships through Direct Line Cruises today before planning your vacation.