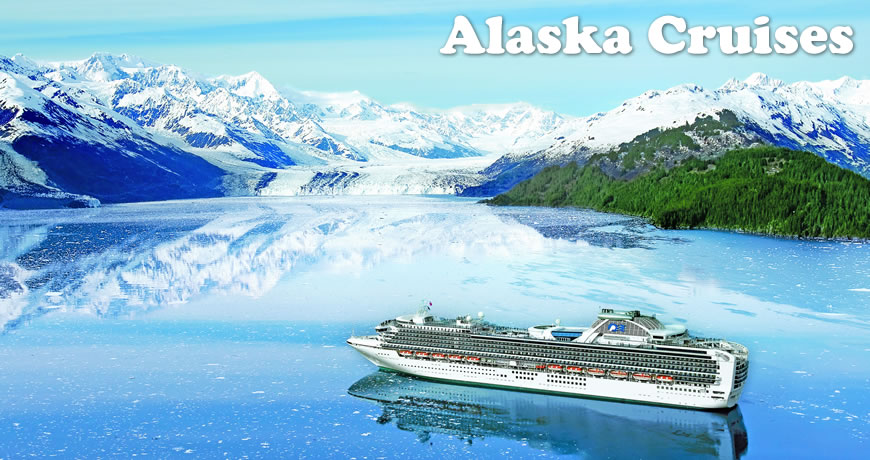 Interested in experiencing more of the West Coast during your Alaska cruise vacation? Why not schedule your trip from San Francisco?

Some Alaskan itineraries start in this California city and then travel up the coast to a few ports in Oregon, Washington, and British Columbia. The cruise then sails northward up through the Inside Passage and toward the state’s most popular ports, where you’ll have a choice of many outdoor and culture-related shore excursions.

As of 2016, Princess is the only contemporary line to depart for Alaska from San Francisco. Trips onboard their ships last about 10 nights and have a round-trip itinerary.

More luxury lines take this route, offering a slightly longer round-trip itinerary that lasts up to 14 days. If you’re looking for a more intimate experience, schedule a cruise with one of the following luxury lines: • Oceania • Crystal Cruises • Regent Seven Seas

Keep in mind that not all itineraries end in San Francisco. Some take you northward into Alaska, loop back, and finish in Vancouver, British Columbia.

In considering the typical Alaska cruise, those leaving from San Francisco hit the familiar locations.

The Inside Passage, a popular choice for its scenic view, gives a glimpse at the ice formations in Glacier Bay and Icy Strait. From here, you’ll make stops in Ketchikan, Skagway, and Juneau, locations exposing you to Alaska’s quintessential historic aspects – Tlingit culture, the Gold Rush, and the changing landscape, which – believe it or not – includes a rainforest along the Pacific Coast.

Cruises going along the Gulf expand this vision with stops at the Kenai Peninsula, Anchorage, Denali National Park, and Sitka, the latter of which bears remnants of Alaska’s past as a Russian colony.

Along with these ports, you’ll spend time on the West Coast. Itineraries may include stops in Victoria, British Columbia, Oregon, and Vancouver.

Keep in mind that the Alaskan cruise season lasts from May until September, with June through August being the most desirable time to go. Make sure to pack appropriately for the weather, which is 50° F to 70° F at the warmest point during the summer.

For scheduling your trip, browse today through cruises leaving from San Francisco and a range of Alaskan itineraries.