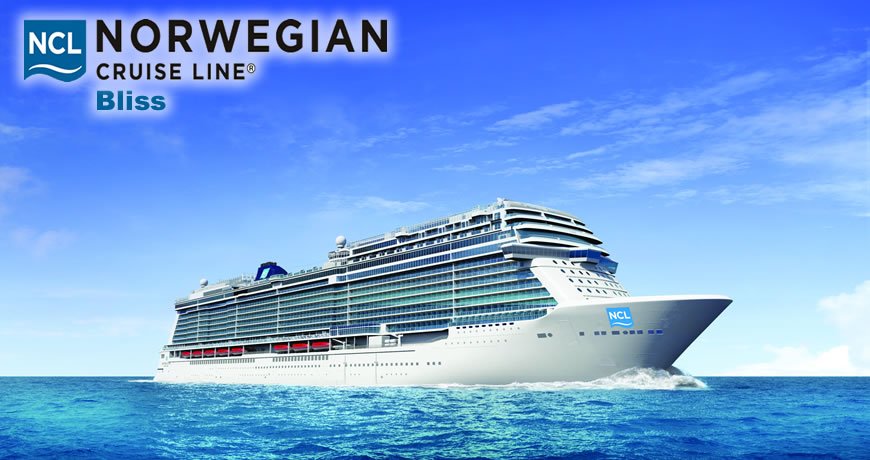 Initially called the Norwegian Bliss, the ship now known as the Norwegian Joy is scheduled to debut in March 2017. Designed for 4,200 passengers, the ship was conceived as the fleet’s largest. Since that point, NCL has retooled the concept, gearing it toward the Chinese cruising market.

As the sister to the Norwegian Escape, the Joy is expected to keep many of the features intact, including the variety of cabins onboard:
• A larger studio area for solo travelers
• Standard Interior, Balcony, and Oceanview rooms
• Family rooms across mini suites, balcony, and oceanview rooms.
• Spa cabins
• A larger Haven

Travelers should expect NCL’s classic Freestyle Cruising concept, which allows them to eat whenever and with whomever they choose. For standard options, the Joy will have the main dining room, which was divided into three separate areas on the Escape: Taste, Savor, and The Manhattan Room. For a bit more exclusiveness, Taste includes a 100-person private dining room.

Many NCL standards are part of the Joy, including a casino, spa, pools, and whirlpools. Some have been expanded: For instance, the Casino now offers up to 19,000 square feet, while the spa covers two decks and offers 24 treatment rooms.

The Joy is expected to include one of the largest rope courses and an aqua park. Together, you’ll get to try:
• Balancing on sky rails and two planks
• A free fall water slide
• Tandem Aqua Racer slides

These are in addition to four other water slides, a kids’ park, two pools, hot tubs, and a themed mini golf course.

For adults, Spice H2O gives you a space to cool down after sun bathing. Come by to lounge in the hot tubs during the day, and in the evening, the area becomes a nightclub. The Vibe Beach Club presents a similar experience, with multiple oversized hot tubs for relaxing during the day.

At night, you’ll get a choice of shows in the supper club and theater and have the opportunity to try an array of new bars along the Waterfront, NCL’s open-air concept for dining, drinking, and people watching. Explore draft beers and a curated wine list, or try NCL’s latest editions, the Skyline Bar and Tobacco Road.

With this vessel, NCL continues to grow its family-friendly features. The Guppy Program lets you drop off the youngest – 6 months to 3 years – at a childcare service, while the Splash Academy lets older children interact with those closer in age. For your teens, there’s Entourage, a club for those 13 to 17.

For exploring East Asia with NCL’s latest comforts, be sure to schedule your upcoming cruise on the Norwegian Joy. Contact Direct Line Cruises to check itineraries and book your vacation

View our featured cruise deals and itineraries on the Norwegian Joy. For more information on these Joy cruise itineraries, click below or call Direct Line Cruises.