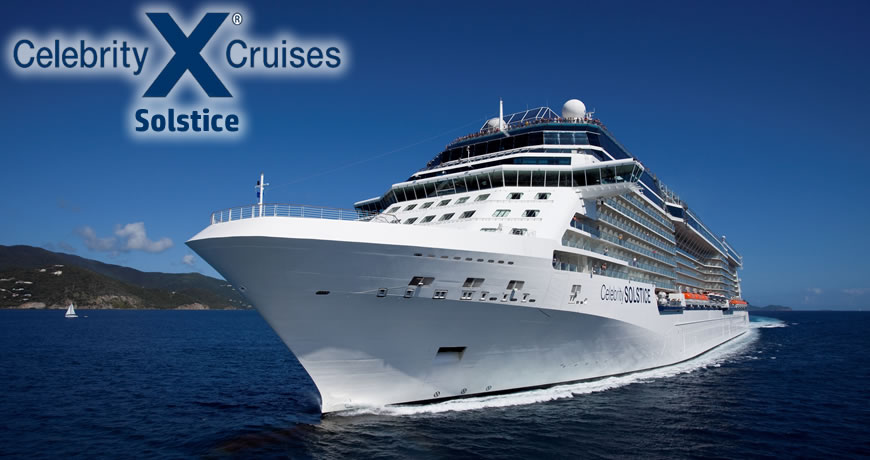 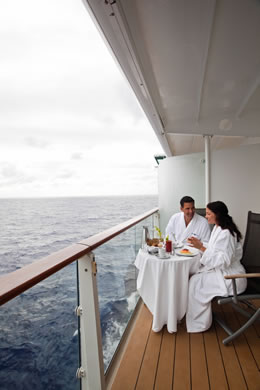 The Solstice was the first of Celebrity Cruises’ newest and largest class of ships.  Now known as the “Solstice-class”, these beautiful and innovative ships have been so well-received that they led to the “Solsticizing” of the entire Celebrity fleet.  Impressing both travel agents as well as their clients, the Celebrity Solstice won the coveted Travel Weekly 2010 Readers Choice Award as “Best Premium Cruise Ship” two years in a row as well as “Best Cruise Ship” following her inaugural year.

What’s so special about the Celebrity Solstice?  To begin with, her size is somewhat unique among premium class ships.  At 122,000 tons, the Solstice offers the spaciousness of a “big ship” but the elegance and intimacy of a smaller ship.  Then, there’s the signature “Lawn Club” which offers guests an opportunity to lounge and play on half an acre of finely manicured grass with trees and shrubs high above the open sea.  Combine this with an exceptional spa, health and fitness center, wide-ranging entertainment, first-rate service and award-winning cuisine and you’ll start to understand why the Celebrity Solstice is consistently a ship of choice for the most discerning cruiser.

Featuring a beautiful main dining room, four fabulous specialty restaurants and several casual eating venues, guests on the Celebrity Solstice are treated to an abundance of culinary delights on each cruise.  But great meals are only part of the 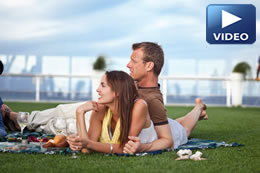 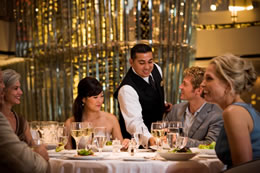 Standard balcony accommodations on the Celebrity Solstice are anything but “standard”.  Featuring floor-to-ceiling sliding glass doors, a sitting area with sofa and a 32” flat screen television, these staterooms are roomy (194 square feet + 54 square-foot veranda) and comfortable.  Even the lowest-cost standard inside staterooms on the Celebrity Solstice (183 – 200 square feet) provide a level of luxury and comfort that you won’t often find on many other cruise ships.

Along with her “sister ships” (Celebrity Eclipse, Celebrity Equinox Celebrity Reflection and Celebrity Silhouette), the Celebrity Solstice is in a class by herself. 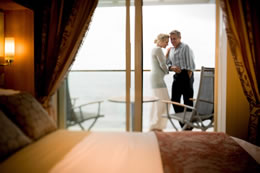 View our featured cruise deals and itineraries on the Celebrity Solstice. For more information on these Solstice cruise itineraries, click below or call Direct Line Cruises.