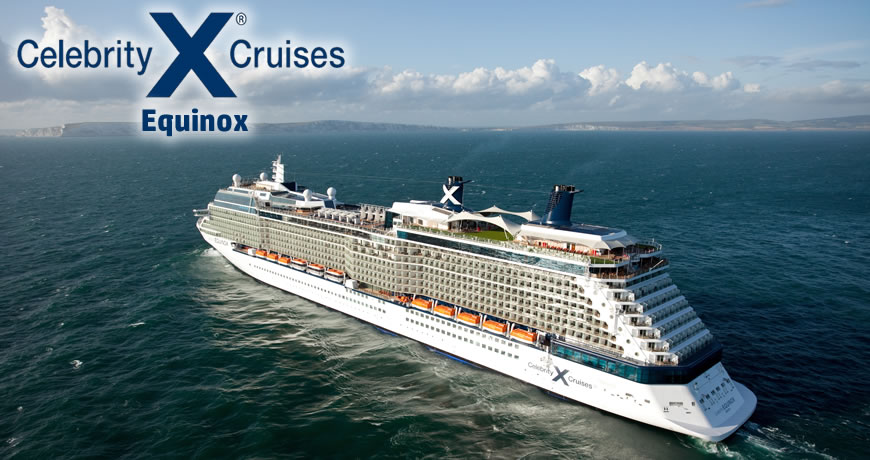 The décor on Celebrity Equinox is similar and yet, in many areas, distinctly different from the Solstice.  The Equinox also has several different entertainment venues that make it possible to offer a greater diversity of acts and shows for smaller audiences.  Of course, there’s still a 1,115-seat mega theatre (appropriately named the Equinox Theatre) for the lavish production shows but, here again the design and décor of the theater is noticeably different than the theater on the Solstice.  The magnificent art collection on the Equinox is also unique to this ship and is among the finest at sea.

Like all Solstice-class ships, the Celebrity Equinox offers its guests a wide range of upscale accommodations.  Even the lowest-priced inside staterooms (Categories 9 through 12) measure 183 to 200 square feet.  These are among the largest standard interior staterooms at sea and, in 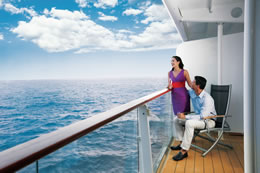 fact, they are actually slightly larger than the standard ocean-view staterooms (Categories 7 and 8).  Ocean-view staterooms with balconies (Categories 1 and 2) provide 194 square feet of living space plus a private 54 square-foot veranda that is accessible directly through floor-to-ceiling sliding glass doors.  Then there are the suites (Categories S1, S2, CS, RS and PS) which, although more costly than the standard accommodations, provide their guests from 300 to over 1,200 square feet of luxury at sea.

Other signature features of Celebrity’s acclaimed Solstice-class ships can also be found on the Equinox.  These include ten different dining venues, each offering a unique and exceptional dining experience.  High above the sea, there’s the sun-filled Lawn Club with its real green grass, beautifully manicured shrubbery, lounge chairs and an outdoor bar.  It’s the perfect spot for total relaxation or, perhaps, a friendly game of croquet.  And, when the sun goes down, be sure to visit the Sky Observation Lounge which is completely surrounded with floor-to-ceiling windows for incredible ocean views of the stars and the sky at night. For those who appreciate beauty in all of its many forms, you’ll find the Celebrity Equinox to be a visual delight.