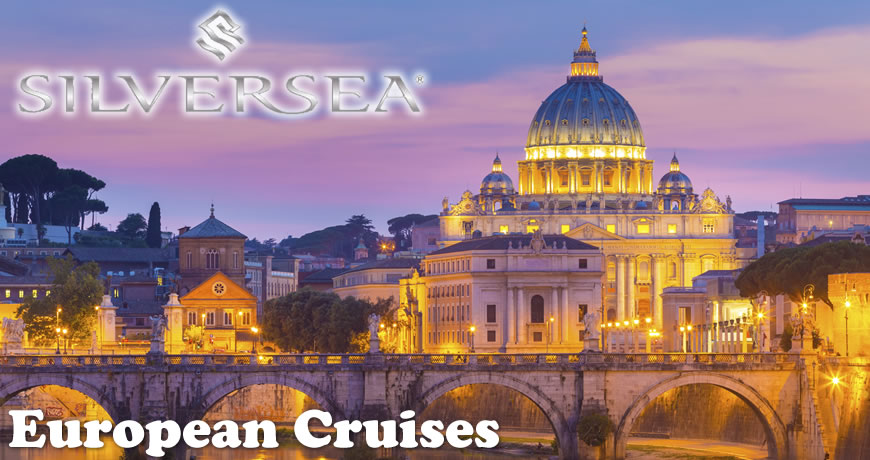 Northern Europe – the area stretching from the upper half of the continent through the Baltic region and Scandinavia – appears as a land of contradictions. It’s simultaneously remote, with vast landscapes of fjords and waterways, and congested – as even the smallest cities like Amsterdam have hundreds of cafes and restaurants. At the same time, the area’s historically significant, from being home to major civilizations like the Vikings and Czarist Russia, and incredibly modern with its current architectural layouts that blend modern facets with buildings dating back centuries.

Because of these factors, cruises to Northern Europe are some of the most sought after from travelers across the world. It’s an opportunity to experience some of the world’s most royal capitals and treasures, to see artistic inspiration, and to travel through stunning landscapes found nowhere else.

Silversea uncovers all such aspects with its intimate cruises. Luxury frames your trip: From the accommodations on board each ship to the excursions selected in each port.

Silver Whisper: This vessel debuted around the turn of the 21st century. As one of the cruise line’s newer ships, it accommodates 382 passengers with outward-facing rooms – some even featuring teak balconies. On board, you’ll find a high-end assortment of restaurants and lounges, a casino, a conference room, Wi-Fi location, spa, gym, library, boutique, salon, and outdoor pools.

Silver Cloud: Launched in 1994, the Silver Cloud holds up to 296 passengers. Today, it’s used primarily for Northern European and Mediterranean cruises, and continues to offer travelers unparalleled luxury across dining, lounge areas, and other accommodations.

All Silversea European cruises last at least seven nights at sea, and take one of the following routes:

The Major Cities: One hustle-and-bustle place after another characterizes this voyage. Generally, you stay along the continent and travel north to southern Scandinavia with the following destinations: Copenhagen, St. Petersburg, Tallinn, Stockholm, Helsinki, Berlin, and Amsterdam. While everything from centuries’ old royal treasures to modern attractions are open to travelers, Silversea doesn’t just go to the major ports, and itineraries, as a result, frequently include Visby, Sweden, Riga, Latvia, and other smaller towns in between.

Up The Norwegian Coast: Norway stands out with a coastal landscape of fjords, waterways, rivers, and ice intertwining for miles. It’s a stunning and remote landscape attracting passengers across the world. Here, the major cities get traded for the smaller ports of Gudvangen, Kristiansund, Geiranger, and Bergen.

British Isles: Although part of Northern Europe, the U.K. and Ireland often exist in their own cultural sphere – one of royals, centuries of history stretching back to the Romans, Guinness, football hooligans, and world-famous musical acts like the Beatles. Silversea travels around the coast of both countries to introduce you to British, Irish, and Scottish culture, with stops in Edinburgh, the Orkney Islands, London, and the Faroe Islands. Certain trips continue northward to Iceland and Greenland.

From history to cuisine, Europe presents an experience like no other. To find a trip, browse through Direct Line Cruises to select and book an itinerary.