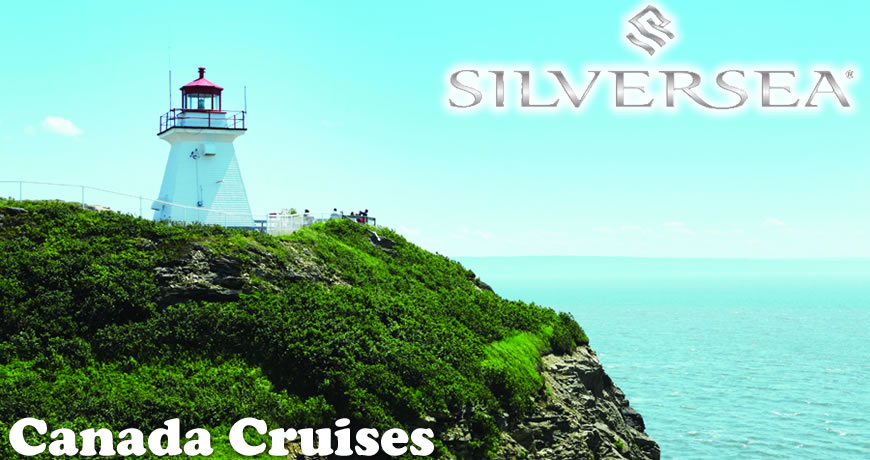 Picture the perfect fall cruise: Beautiful scenery always a few steps away from the deck, delicious dining complementing luxurious accommodations, and ports and excursions catering to a range of interests, from exploring the outdoors to shopping and strolling.

Silversea designs such an experience with its cruises to Canada and New England. The Silver Whisper boards in Montreal or New York to travel in one direction through the Northeast and Eastern Canada. Major metropolitan centers, like Boston or Quebec City, and ports adjacent to the wilderness beg you to explore for different reasons.

The assortment presents opportunities for tasting the area’s unique cuisine, such as lobster rolls, whale watching, exploring the landscape and ports along the beautiful St. Lawrence River, and visiting its many national parks.

Montreal: French Canada’s cultural center began centuries ago as an Iroquois settlement and was later visited by explorer Jacques Cartier. Although it existed as a French settlement for years after, 1759 saw the British take control. In Canada’s history, railroads and industry converged here, ultimately fueling it to become the cosmopolitan center it is today – one with large immigrant populations in the city, major shopping destinations, and its own underground city.

Quebec City: This Canadian city sits on a cliff overlooking the St. Lawrence River. Like Montreal, Quebec City dates back several hundred years, with 17th and 18th century architecture hinting at its past. Explore the historical aspects as you’re in town, or enjoy the view.

Gaspe: This port on the Gaspe Peninsula by the St. Lawrence River serves as the entryway to vast coastal landscapes and the Bay of Gaspe, which stretches 21 miles inland. Jacques Cartier also visited this point, and since then, Gaspe has become one of Canada’s fishing industry centers. These days, it’s a perfect destination for outdoor and history enthusiasts, with two national parks and the Perce Settlement nearby.

Sydney: Nova Scotia’s second-largest city consists of several villages and towns strung together. Sydney sprung up around the coal industry, and as a result, several immigrant populations arrived and made their home in the city.

Halifax: This city with the feel of a small town sits right on the world’s second-largest natural harbor. Visit it for the scenery or explore many of its public gardens, arts, sports, or theater attractions.

See all Eastern Canada and New England have to offer with a luxurious, intimate Silversea cruise. Select an itinerary and make reservations today through Direct Line Cruises.