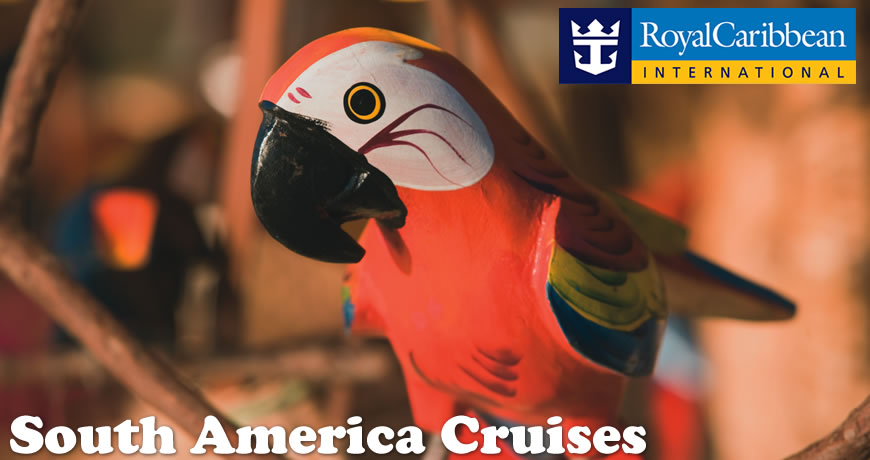 When you think of South America, what comes to mind? Carnival season, rainforests, learning the tango? Believe it or not, you can experience all three (and far more) on board a Royal Caribbean cruise to South America. Ships depart Sao Paolo in Brazil to take two possible itineraries: Exploring the Brazilian coastline, including its many islands, peninsulas, and major cities, and seeing the sights of Argentina and Uruguay. Throughout it all, you’ll be exposed to new cultures, have the opportunity to sunbathe on some of the world’s most well-known beaches, and experience the confluence of cultures in Rio De Janeiro, Sao Paolo, and Buenos Aires.

• Buenos Aires: The country’s capital made famous by Evita Peron captures more of a European essence, with its cobblestone streets and many cafes and restaurants. Beyond this exterior, however, is Argentina’s cultural capital: learn to tango, try grilled meats at a parilla, or go exploring in gaucho country.
• Montevideo: Uruguay’s capital is one of the Americas crucial seaports, and as a result, its architecture and cuisine reflect more of a multicultural European characters. Excursions take travelers out to the city’s many historical sites and old neighborhoods.
• Punta Del Este: This Uruguayan location used to be popular for jetsetters. You can still sense this status with the many designer boutiques and clubs around town. These days, however, beaches covering 20 miles of land bordering the Atlantic Ocean and Rio de la Plata attract travelers.

• Buzios: Actress Brigette Bardot made the beaches well-known in the 1960s, and the reputation lasts to this day – even superseding the fact that this region of Brazil was once home to pirates! Sunbathe or swim in any of the region’s 20 beaches during the day, and then explore its many clubs and bars once the sun goes down. 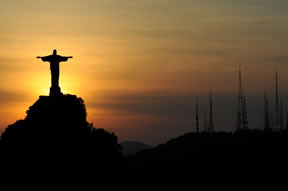 • Copacabana Beach: It’s one of the world’s most famous beaches, and you’ll likely spend plenty of time in the sand and surf. The location, as well, is home to Brazil’s well-known large Christ the Redeemer statue. • Ilha Grande: Travelers find this untouched tropical paradise of beaches and rainforest perfect for exploration. 360 beaches surround the islands, or venture inland with several mountain trails.
• Ilha Bela: Discovered in 1502 by explorers, this island serves primarily as a park reserve in the present, with green mountains on one side and several nightclubs and restaurants on the other.
• Portobelo: While starting as a fishing village, this town’s quaint character and temperate waters turned it into a popular beach destination.
• Rio De Janeiro: Brazil’s internationally-known city presents something for all. At certain times of the year, travelers can join in with its annual Carnival celebration, or sunbathe and swim at its 23 beaches, including Copacabana and Ipanema. Outdoors enthusiasts find Rio ideal for biking, surfing, swimming, exploring Sugarloaf, and partaking in unique local sports, such as beach tennis.
• Sao Paolo: The world’s third-largest city – it covers 3,000 square miles, if you didn’t know – exploded with the coffee industry, which turned it into South America’s cultural hub and Brazil’s commercial center.

No matter if you’re looking for a unique cultural excursion, or are seeking out some of the world’s best-known beaches, a South American cruise on board Royal Caribbean becomes a trip you’ll never forget. Start planning today with Direct Line Cruises.