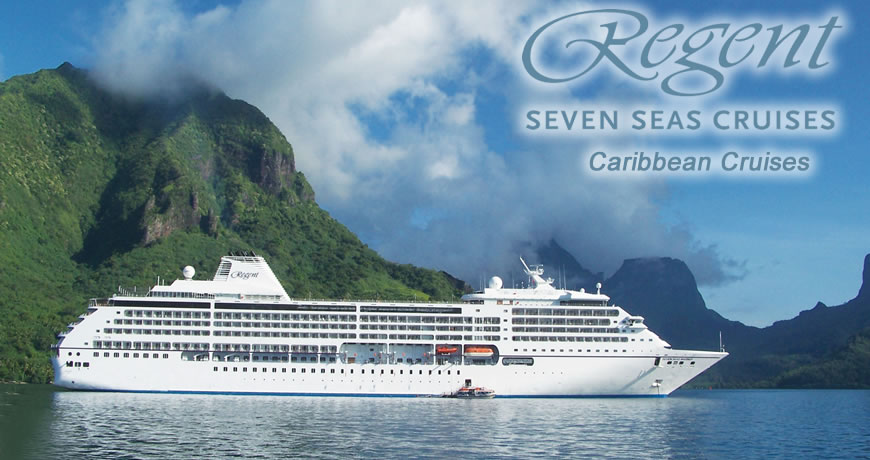 When you think about traveling in elegance, the Caribbean isn’t the first location that times to mind. Regent Seven Seas, however, presents a combination for even the most discerning passenger: Smaller, luxury vessels that visit some of the world’s most beautiful destinations.

Beyond the resort atmosphere of ports, Regent explores the historic angle, with visits to towns known for their colonial architecture and plantations. The landscape enhances the view, as excursions take you up to the mountains, under the water to the reefs, and out into the jungle. And then, there’s the cuisine, itself reflective of the Caribbean’s cultural amalgamation.

Coast to Coast: Begin on one coast of North America and end up on the other, after a detailed detour through the Caribbean. Ports vary but cover New York, Montreal, San Francisco, Miami, Los Angeles, and Vancouver. In between, you get tastes of Georgetown, Colombia, the Panama Canal, Central America, and Mexico. RSSC further offers more than 100 free excursions, depending on itinerary and length, for these trips.

Close to Home: For shorter Caribbean itineraries, take Regent’s luxury to Bermuda and the Bahamas. Pink sands, coral reefs, and other waterside attractions await you in Nassau, St. Georges, and Hamilton.

Combination Itineraries: Why just explore one region of the Caribbean? With Regent, you can take a full, detailed tour of two or more areas. Ports begin in Miami and then visit a combination of ports in the Lesser Antilles, Greater Antilles, and Mexico.

Regent travels to an extensive array of Caribbean countries and ports, such as the following:

Antigua: It’s the beaches. It’s the classic influence. It’s the food. Several factors make Antigua a highly sought-after stop for travelers. But why don’t you see the coral reefs, tour the British architecture, and taste the flying fish for yourself?

Nassau: The Bahamas’ capital city blends British, African, and Southern American influences, all near beaches of soft, white sands. Besides the beaches, learn about the country’s rum industry during your time in port.

Barbados: A stop in Bridgetown introduces you to some of the Caribbean’s most pristine beaches, beautiful resorts and safaris, and historic plantations. Spend your time exploring by the sea, or go farther inland – either is an adventure!

Bermuda: While the island’s known for its stunning pink sands, its beauty extends farther than that. Aquariums, colonial-style churches, and many activities by the water make this a popular port for many travelers.

Tortola: A port in the British Virgin Island, it features the famed Cane Bay Garden Beach, where outdoor activities abound. Before arriving in port, consider scheduling a scenic drive, swimming with the dolphins, or kayaking. Or, the Baths, known for their rock formations, attract many travelers for swimming and exploring.

Cayman Islands: With Georgetown its main port, the Caymans are known as one of the locations Columbus visited – and then, for centuries after, was followed by English, Scottish, Welsh, and Jamaican immigrants. Today, the multicultural influence is felt throughout the island.

San Juan: The historical attractions of Old San Juan are a popular request, but this Puerto Rican port is known for so much more. Historically, it was once home to the Taino Indians and later visited by Dutch, English, and Spanish settlers.

Explore the Caribbean just the way you want to – in luxury. Find a Regent itinerary that matches your expectations, and then schedule it through Direct Line Cruises.