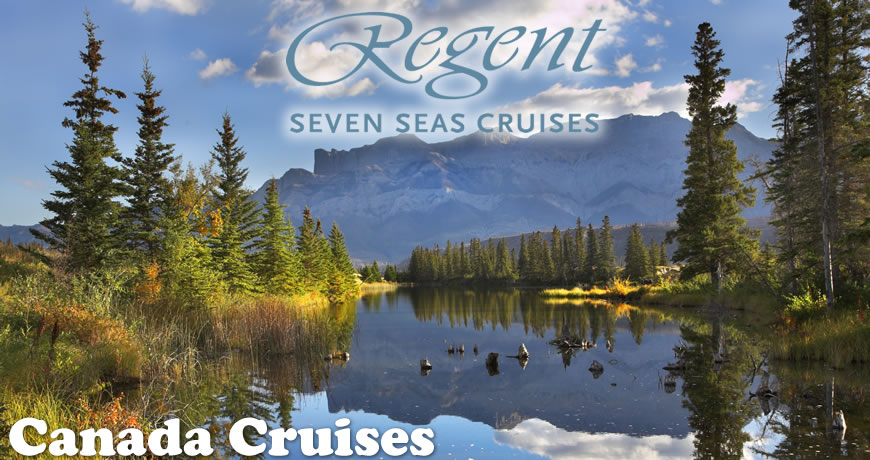 How much more stunning and beautiful can you get than picturesque landscapes of lighthouses, changing leaves, and centuries’ old forts? A more detailed perspective reveals the intricacies making Canada and New England the draw they are.

Regent Seven Seas strives, with its small, luxurious ships, to take travelers to the most quaint towns and shores around this region of North America. It’s an area of history, lighthouses, seafood, and a confluence of cultural influences.

After going through common New England towns like Boston and Bar Harbor, Regent continues into Eastern Canada to visit a combination of the following:

Halifax: As Eastern Canada’s major city, this historic center is dotted with varied dining and attractions for all tastes. But for something specific, get a bit of history by the waterfront or the Citadel, or explore the area around one of the world’s largest natural harbors.

Montreal: What’s there to say about Canada’s most culturally-rich city? While it’s the center of its French influence, take a tour or explore its historic buildings, well-known shopping districts, art museums, and public gardens.

Saguenay: This port marks the gateway to Canada’s wilderness, which, if you don’t know, makes a large portion of the state. A landscape of mountains, plateaus, and fjords unfolds, with spots for bird watching and small villages spaced throughout. If you’re the outdoor enthusiast, this stop is a must.

St. John: This Bay of Fundy port is the oldest incorporated city in Canada, and one with Loyalist Heritage and Victorian architecture. Canadian foods are a highlight; be sure to try the local cider and syrups. As well, the river by the coast is known for the Reversing River, which you’ll have a chance to watch during your stay.

Sydney: Part of Cape Breton Island, this port is best known for the Fortress of Louisbourg, a now-restored location once known as the Gibraltar of the New World. But that’s not all there is to see. Take a tour of Alexander Graham Bell’s summer home or venture over to the Boardwalk.

When it comes to visiting Canada, see all there is to see with Regent Seven Seas. Book your trip today after selecting the best itinerary through Direct Line Cruises.