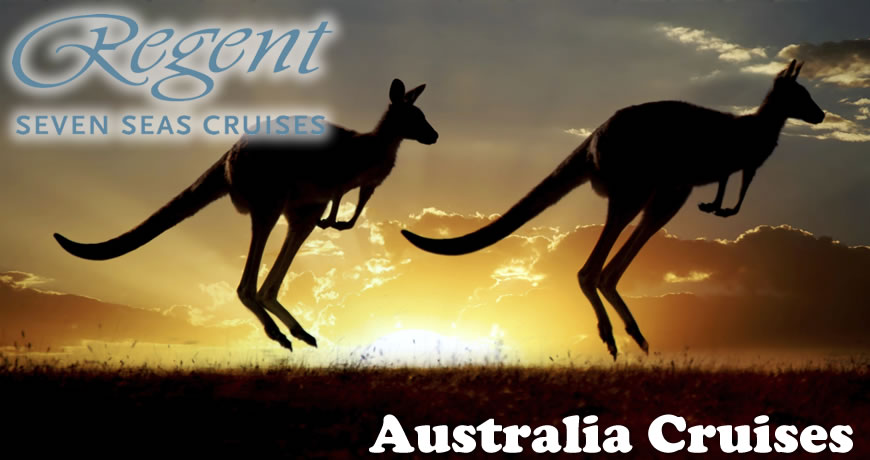 Down Under isn’t just a world of the sandy Outback and kangaroos. Australia and nearby nations like New Zealand, Fiji, and New Caledonia present their own unique characteristics – each often a modern confluence of old influences.

From the Maoris on New Zealand and the Aboriginals in Australia to Fiji’s native people, the Pacific’s vast cultural Diaspora emerges. Further, history, from the area’s use as a penal colony and later for immigration, is evident. Then, landscapes vary from the pastoral greenery of New Zealand – where, if you didn’t know, the Lord of the Rings trilogy was filmed – to the picturesque, pure azure blue atolls and archipelagoes, which appear as a string crossing the ocean.

Regent Seven Seas lets you into this exotic world, one sought after by many travelers but seen in true depth by few. Australian and Pacific cruises on board the Mariner last for 14 or more nights and cover the vast breadth this portion of the world offers.

Brisbane: Australia’s third-largest city stands in Queensland and, if you didn’t know, was once one of the continent’s British penal colonies. These days, it’s better known for its live music scene – considered one of the world’s best.

Hobart: Tasmania’s main port is Australia’s second-oldest city. While it opens the door to all Tasmania has to offer, it sits at the shore of a natural harbor.

Melbourne: Australia’s financial capital displays a strong European character you’ll immediately sense once arriving in port. Take time to explore your way through its many parks and gardens.

Norfolk Island: While many cruise lines bypass it, Norfolk, located between Australia and New Zealand, is part of RSSC’s itineraries. Beaches, gardens, and parks make it a popular vacation destination for Australians and New Zealanders.

Sydney: Believe it or not – especially with its grand, modern-day appearance – Sydney once began as a penal colony. British colonization turned it into one of the region’s major ports, and today, it’s known throughout the world for its stunning architecture, with the Bridge and Opera House being some of its more well-known landmarks. But don’t just stay in town; RSSC takes you out of the city center to the Blue Mountains and to the Koala Park Sanctuary.

Fiji: Regent stops at Lautoka and Suva, ports respectively known for their landscape and cosmopolitan characters. Take in many stunning blue lagoons – they’re not just in the movies, you’ll find out – and then explore the largest South Pacific city outside of Australia.

Akaroa: This New Zealand resort town sits right by volcanic hills. While you can take some time to sunbathe on the Banks Peninsula, venturing around town reveals New Zealand’s French influence.

Auckland: A trip to the South Pacific couldn’t not include New Zealand’s capital, which is located between two harbors. Extensive history, from the first Maori settlers to modern arts and culture, is apparent, particularly when you bike around town. Excursions take you out to the mountains, beach, and vineyards.

Bay of Islands: Relax like a New Zealander on this chain of 144 islands – perfect for big game fishing and sailing.

Dunedin: Located on the Otago Peninsula, Dunedin was once New Zealand’s wealthiest city. These days, its perfect for exploring New Zealand’s unique geological wonders and wildlife, including seal, albatross, and penguins. As well, unlike other cities in this part of the world, its Victorian character continues to be well preserved.

Napier: This Hawke’s Bay port is home to a sunny, bright landscape of vineyards, orchards, and farmland.

Picton: This Marlborough region town on the South Island lets you into New Zealand’s role in Australia’s penal colony past.

Tauranga: This town is one of New Zealand’s top growing spots, particularly for citrus fruits and timber. But beyond its economical facets, the coast features sunny beaches by blue, beautiful waters.

Timaru: This South Island port lets you into two facets of New Zealand’s culture, through nearby mountains and Edwardian architecture.

Vanuatu: From Champagne Bay to Port Villa, this island country features miles of the world’s best beaches – ideal locations for swimming and diving. While you can stay close to the water, reefs, jungles, and lagoons are all within reach.

Tour the South Pacific and Australia in luxury with Regent Seven Seas. To arrange for your trip, select and book an itinerary today through Direct Line Cruises.