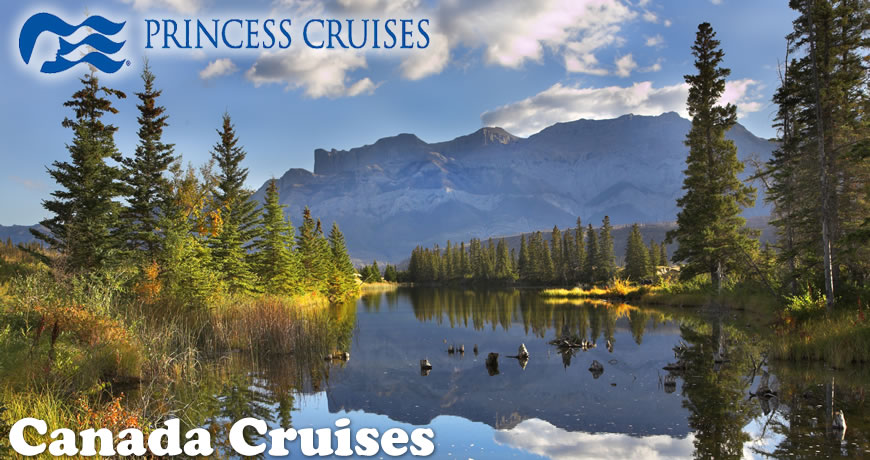 Not every cruise focuses on balmy weather and days at the beach. Princess Cruises up to Canada and New England capture a different experience. The picturesque landscape transitions from sands and clear blue oceans to vibrant leaves, creating a backdrop to quaint fishing villages, lighthouses, and historical sites dating back to the 18th century.

Princess’ cruises to Canada and New England surpass the typical offerings. Named as one of the “Best Itineraries” by Cruise Critic and Recommend Magazine, Princess’ vacations up through the Northeast take four possible routes:

Depending upon itinerary and trip length, cruisers may have the option for an extended stay in Quebec City. The following ships take the above routes: • Royal Princess • Ruby Princess

No matter the itinerary, Princess examines the classic facets of this North American corner. From one angle, cruisers get to experience the sights of traditional cities, such as Montreal and Canada; from another, the French influence in Canada emerges in multiple ports. Further perspectives let travelers into Canada’s untouched wilderness and small villages, and into the many tastes of this wilderness, including clam chowder, lobster, and fresh blueberries.

Saguenay: Explore Canada’s French side and wilderness in this location. Three national parks offer the opportunity to observe and photograph breathtaking fjords, coasts, cliffs, and mountains. Excursions can be done by land, sea, or air.

Gaspe: This port on a peninsula in the St. Lawrence River stands out with its rugged coast, parklands, wildlife, and small villages. Historically, find out more about where Jacques Cartier landed in his North American explorations.

Charlottetown: Located in Canada’s smallest province, Charlottetown stands out with its beautiful landscape of reddish beaches, rolling hills, forests, and coves – all adjacent to a cosmopolitan town. Prince Edward Island, for literary buffs, is also the location of Anne of Green Gables, and Princess’ excursions focus on this angle.

Sydney: Canada’s Celtic influence emerges in this Nova Scotia port. Browse through boutiques and craft markets, or see the world’s largest fiddle. Founded in 1785, the city became a crucial point in Canada’s coal and steel industries, attracting immigrants from across the world in the process, and now the port is one of the country’s cultural melting pots.

Halifax: Nova Scotia’s province capital is also the country’s largest Atlantic city. Its history is rather lengthy and varied, beginning, in fact, as a military base. Learn about its maritime heritage when you visit, or take a swing over to Peggy’s Cove to absorb the idyllic landscape.

St. John: Canada’s oldest settlement is located on the Bay of Fundy and forms the gateway to a province that’s 85-percent unsettled. Excursions, as a result, range from exploring this industrial port to seeing a landscape of forest and farmlands to watching the reversing rapids.

See Canada and New England with all the sights and opportunities Princess presents. To start planning your trip, begin making reservations through Direct Line Cruises today.