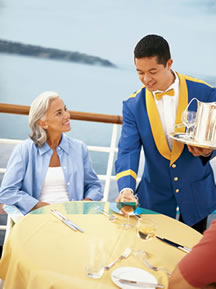 Holland America was founded in the Netherlands, and in 1895 the line offered its first cruise vacation. If you're not familiar with the cruise line, maybe you're curious as to the meaning of the ships unusual names.  Actually, they follow a pattern set long ago: all end in the suffix dam and are either derived from the names of mountains, rivers, important Dutch landmarks, or points of the compass. For example, Maasdam is named after the River Maas situated in Netherlands. The Zuiderdam, Oosterdam, Westerdam, and Noordam are respectively named for the south, east, west, and north points of the compass.

In 1989, Holland America became a wholly owned subsidiary of Carnival Corporation.  The line tends to appeal to higher-income travelers, and justifiably so, since its Caribbean cruises cost significantly more than a Carnival cruise of the same length. While Holland America also tends to attract an older crowd than its parent company, in truth, the length of the cruise, itinerary and time of year dictate the average age more than the line itself. Year round children's programs are available on most ships. 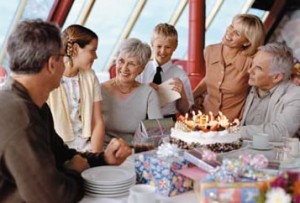 Holland America is categorized as a premium cruise line, and as such, its focus is on passenger service.  From the moment a guest steps aboard one of their mid-sized ships, they will recognize the Holland America Line difference. With nearly one crew member for every two passengers, guests can expect intuitive, gracious service that has long defined classic cruising.

Holland America ships have numerous traditions, such as afternoon tea, ballroom dancing, gentlemen hosts for dancing on cruises over 10 days and a quaint chime ringing to announce dinner. The line boasts of its ships having wrap-around promenade decks that are wide and open-air, as promenades were in the days of the grand ocean liners. Some special-touch services not found on other cruise lines will make guests feel quite spoiled! On a warm weather itinerary, waiters roam the decks with tall glasses of iced tea or lemonade, perfect for quenching ones thirst.  In Alaska, they serve mugs of delicious Dutch pea soup up on the outside decks, as guests watch and listen for calving glaciers. What a nice change from waiters hawking the drink of the day from morning till night.

Holland America Line may never be considered cutting-edge, but their 14-ship fleet is known for its impeccable service, sophisticated travelers, and elegant design. Guests will discover a cruise experience that is modern, fresh and appealing — in an ambiance that is timeless and refined. 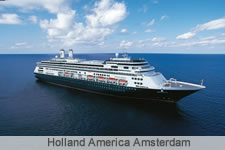 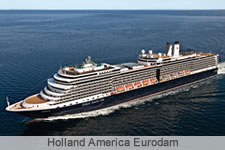 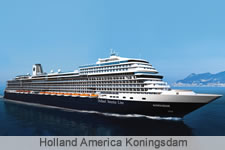 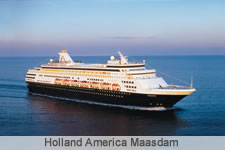 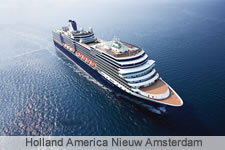 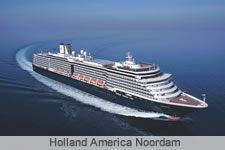 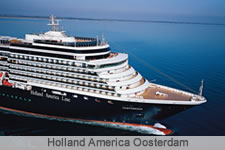 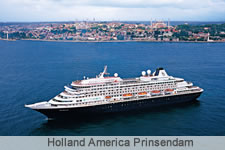 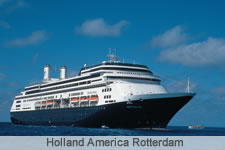 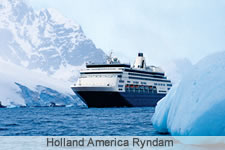 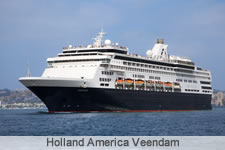 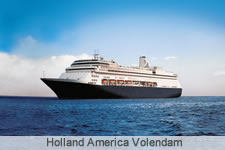 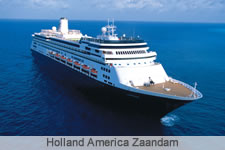 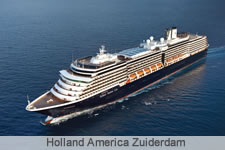