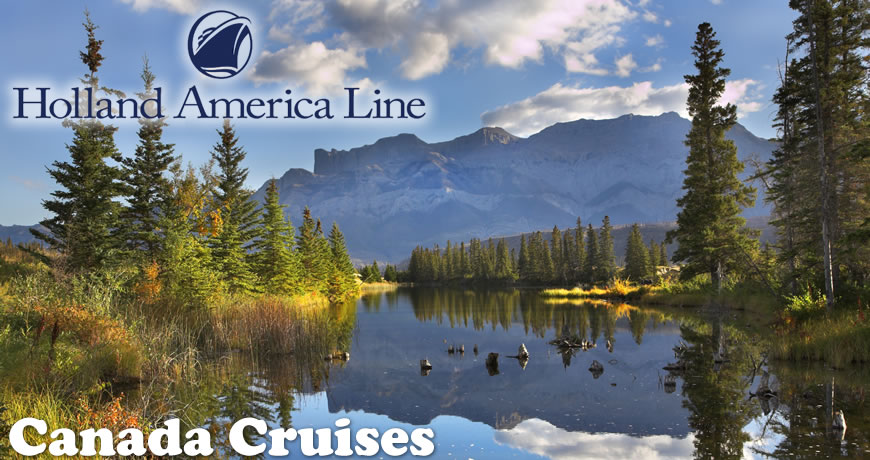 Wanting to visit Boston, New York, or Montreal? A train trip appears to be in order. But what if all you have to do is board a ship, sail between locations, and get gourmet meals and attentive service in between in-depth looks of either location? That awaits you on a Holland America cruise to Canada and New England.

Porthole Magazine named Holland America’s itinerary the “Best in Canada and New England,” and the cruise line stands out against its competitors in a few regards. While the traveler gets a taste of Old World history, the region’s rocky coasts, and beautiful coastal towns, all with the backdrop of changing leaves, Holland America takes you there in mid-sized ships and includes Montreal in with its itineraries.

With Holland America, there is more than one way to get to this North American corner. Start your trip conveniently from Boston, New York, Quebec City, Montreal, or Ft. Lauderdale, and select a one-way or round-trip itinerary that takes you to multiple ports in the Northeast and Eastern Canada over seven or more nights.

Things To See and Do

After stopping in Boston and Bar Harbor, you’ll explore the following Canadian ports:

Charlottetown: This Prince Edward Island port sits off the mainland. While PEI remains the country’s smallest providence, that doesn’t translate to a shortage of things to do around town. Get a historical perspective from the Victorian architecture, or if you’re an outdoor enthusiast, explore its several parks and harbors. For literary buffs, a tour of the house that inspired Anne of Green Gables is a must.

Halifax: Nova Scotia’s largest city is also Eastern Canada’s economic and cultural center. But once travelers land in port, they note a small-town feel. Halifax was a keystone in early colonial North American history, so the landmarks and attractions abound, but the landscape, particularly the South Shore and Peggy’s Cove, equally draws travelers out for an excursion or two.

Montreal: What can’t be said about Montreal, considered Canada’s cultural capital? It’s an UNESCO City of Designs site, as well as home to many historical, shopping, and dining attractions.

Quebec City: History frames this French Canadian city, from the Chateau Frontenac, located in its Old Town section. Stone buildings and winding streets define its appearance, so take a walk to Lower Tower.

Sydney: You’ll notice the Gaelic influence once arriving in this Nova Scotia port. Several scenic and historic sites mean a wide range of excursions. Stop by the Cape Breton Highlands National Park, explore the villages along the rugged coastline, take the scenic Cabot Trail, or visit the Fortress of Louisbourg, which has remained intact since 1744.

As the weather turns cool, don’t think you can’t take a luxurious, insightful vacation. Schedule your trip to Canada and New England with Holland America before the season starts, with itineraries and deals available through Direct Line Cruises.