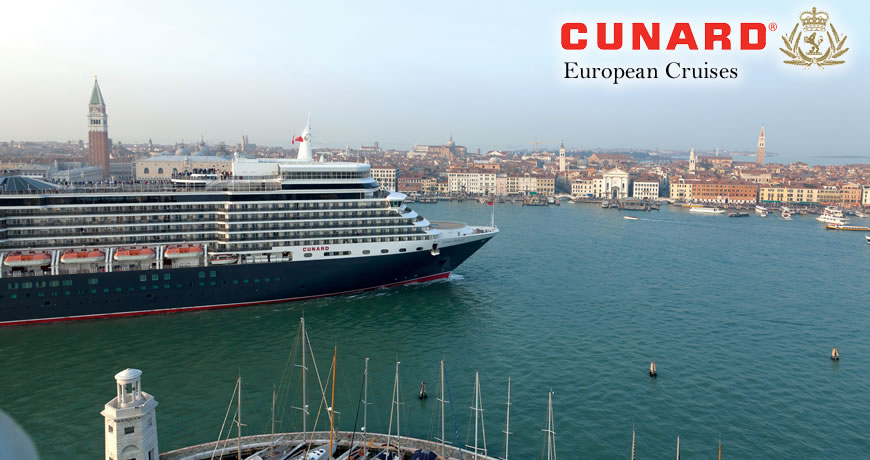 No single word describes Northern Europe. Cunard may depart from Southampton, U.K., but from there, each cruise turns into an exciting expedition of observing and exploring the stunning fjords and glaciers of Norway, getting to know the region’s major cities from Amsterdam to Tallinn, or taking in Ireland, England, and Scotland in greater detail. In short, destination defines your European cruise through Cunard.

All three of the luxury liner’s ships depart the London area to sail to Northern Europe’s two major regions. Select a trip lasting a minimum of two nights on board the Queen Mary 2, Queen Elizabeth, or Queen Victoria.

The snow and cold of winter transform into warm summers. In the process, you’ll learn about major cities, regional industries, and see key cultural markers, from shows in major theaters and concert halls to some of the world’s best-known museums. At the same time, cuisine focuses on the region’s staples, such as breads, fish, many meats, and hearty stews.

The Landscape: More and more cruise ships travel up through Norway’s intricate coastline to observe the beautiful frozen landscape. Cunard’s ships have this capability. Itineraries up the Scandinavian coast pass through ports offering glimpses into fjords and waterfalls covering the landscape.

Northwest Europe: Cunard introduces you to the British Isles and the Continent in a single trip. From Southampton, you’ll sail from major cities in the Isles, including Liverpool, Cork, Belfast, Dublin, and locations in Scotland and the Orkney Islands, to a diverse selection of ports on the Continent, including to Belgium, Hamburg, Guernsey, St. Tropez, the Netherlands, and Cherbourg.

Around the British Isles: A string of stops in England, Scotland, and Ireland touch on royal history, castles, and the brewing industry.

Spring Escape: Cross the English Channel to Hamburg and other major Continental cities. During your travels, excursions introduce you to Gothic architecture, some of the world’s top shopping destinations, and cuisine, including some of the best chocolate and beers you’ll ever taste.

Gallic Adventure: This Continent-focused cruise may begin in the U.K., but ships quickly cross the Channel to Bruges and Cherbourg. Through several excursions, you’ll get to know World War I and World War II history, including through an exploration of Normandy, Medieval landmarks, and regional culinary delicacies.

How would you prefer to explore Europe? No matter your goal, Cunard has a cruise to get you there. Set sail after selecting the right itinerary through Direct Line Cruises.