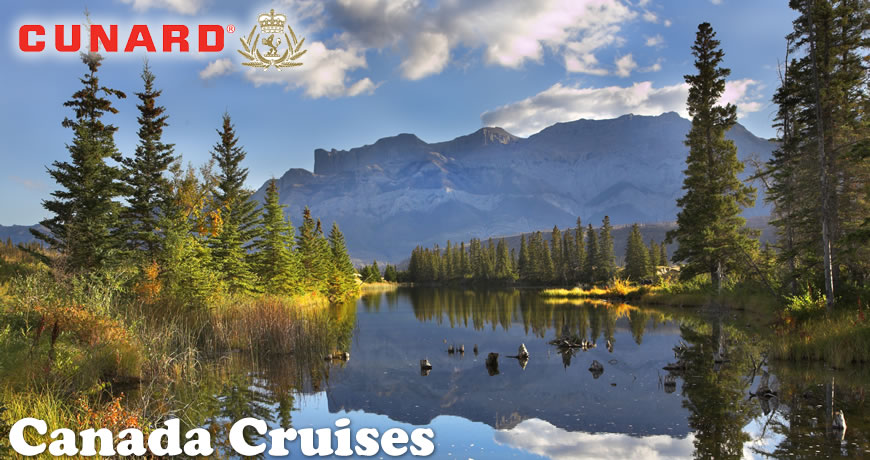 When promoting its Canadian itineraries, Cunard is quick to note that the Northeast and Eastern Canada make one of North America’s most diverse regions.

When most think about this area, the changing leaves come fall and lighthouses form a common backdrop. While it’s certainly present, especially in September through November, other aspects, like major metropolitan areas, historical landmarks, quaint French-Canadian cities of cobblestone streets, and the untouched wilderness, further emerge.

Cunard explores all facets with its cruises to Canada and New England. The Queen Mary 2, an elegant, luxurious ship that debuted in 2004, makes the journeys, which emphasize local culture, dining, and history. Take in the Northeast’s major cities, learn about Canada’s fishing industries, taste authentic lobster, clam chowder, and clam bakes, and explore North America’s French influence all in a single trip.

Cunard’s cruises to Canada include standard and holiday itineraries:

Independence Day Celebration: The Queen Mary 2 leaves from Southampton, U.K. to then cross the Atlantic Ocean to visit New York, Halifax, and Boston. The ship docks in the Massachusetts capital for a July 4th fireworks display and overnight stay. The trip lasts 12 total nights.

St. John: This New Brunswick port, located on the St. John River, is known throughout the world for its reversing falls. A boat ride lets you experience it as up close as possible. As well, take some time to stop by Canada’s oldest continuously-operating museum, which features natural history and local artwork.

Halifax: Nova Scotia’s major city stands out for a number of reasons, such as its place in North American history. Get to know it with trips to a major fortress and a Titanic exhibit. As well, the area’s known for its natural beauty, so take it all in with walking or bike tours or a drive to Peggy’s Cove.

Quebec City: The only fortified city in North America possesses old-world charm found nowhere else. See the clear French influence with a walking tour taking you over cobblestone streets and into the countryside.

St. John’s: This Newfoundland port marks Canada’s oldest city, dating all the way back to the 16th century. While it’s still a bustling port, many older buildings remain in good condition.

See all of Canada’s sides with a Cunard cruise. To plan ahead for the fall or summer holiday, schedule your trip today with Direct Line Cruises.