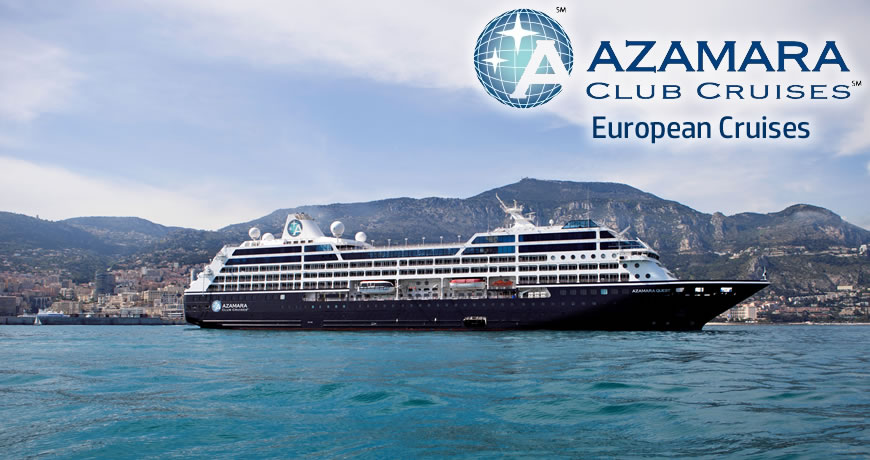 The beautiful, icy fjords of Norway to the North, the ruins of Roman and Greek empires to the south: At every country and port in Europe, a new experience – of history, breathtaking landscapes, and delicious cuisine – awaits. So if you’re to be immersed in culture to the fullest, why only take a cruise that promises a general overview?

The luxury of Azamara Club Cruises, from smaller ships that visit more ports to on-board accommodations, extends from the water to each location you visit. For a European cruise, this means getting as in-depth of a trip as possible, rather than visiting the standard cultural landmarks.

As such, Azamara’s cruise to Europe, from the ports selected to the Land Discoveries excursions, frequently have themes – World War II, dining, or seeing sites in the Holy Land, for instance.

Azamara offers cruises to all three regions: Northern, including Scandinavia and the Baltic countries; western Europe; and the Mediterranean. Two ships – the Azamara Journey and the Azamara Quest – follow multiple itineraries around the continent.

Each corner of Europe has a unique culture and place in history, and Azamara captures that with the following trips:

To Jerusalem and Bethlehem: Several cruise lines claim to go to the Holy Land as part of a Mediterranean cruise, but Azamara offers an exclusive perspective. Land Discoveries include visits to the region’s most sacred sites: The Garden of Gethsemane on the Mount of Olives, the Wailing Wall, the Church of the Holy Sepulchre, Via Dolorosa, Bethlehem, and Church of the Nativity.

D-Day Landing Beaches: For the 70th anniversary of this World War II battle, in which U.S. soldiers landed on the shores of Normandy, Azamara offers a cruise to explore the sites surrounding this important moment in history. Travelers have an opportunity to see the Normandy countryside, and to visit Arromanches harbor, St. Laurent, and the American Cemetery.

Norway and the Northern Cape: If you’re looking for the most breathtaking natural landscape, a cruise to the fjords of Norway is a once-in-a-lifetime must. Azamara departs from Hamburg before cruising through multiple Norwegian ports.

Baltic Sea and Russia: Explore this side of Northern Europe, from the days of the Czars through the present. Ships take you to the largest Eastern European ports, including in Gdansk, Poland, Tallinn, Estonia, and St. Petersburg, while also making stops in Copenhagen, Berlin, Stockholm, and Helsinki.

Copenhagen to Scotland: Get an in-depth perspective of the British Isles – from the major cities to small islands off the coast. With this itinerary, Azamara takes travelers from Denmark to Scotland, with the Orkney Islands, Liverpool, Wales, Dublin, Dartmouth, and Southampton visited in between.

Food & Wine: Explore western Europe’s many familiar flavors on board this trip that begins in England and stops in France, Spain, and Portugal. Get a unique culinary perspective in Nantes, Bordeaux, St. Jean De Luz, Bilbao, Leixoes, and Lisbon.

Experience Europe’s history and culture in great detail onboard an Azamara cruise. To begin planning, select an itinerary above and schedule through Direct Line Cruises today.