Did you know that Asia is one of the world’s fastest-growing cruise markets – one predicted to grow to 3.7 million passengers a year by 2017? By scheduling a cruise itinerary, trips once seemingly impossible to do because of the distance range covered and expenses involved essentially become within reach. 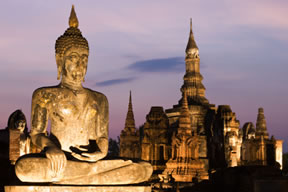 Amongst all contemporary cruise brands, Royal Caribbean stands out with its variety of Asian trips, both long and short and covering combinations of ports in the Eastern and Southeastern regions.

From ancient Buddhist temples in China, Vietnam, and Thailand to tasting fragrant curries in Southeast Asia to experiencing the growing metropolitan areas of unbelievably tall skyscrapers on China’s coast, the culture, history, and flavors change with each port, offering a unique experience no matter where you stop. With so many possibilities, the questions you need to answer before you go are as follows:

Where Do I Go? 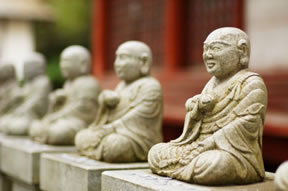 • Northeast Asia: Advertised as “modern meets old,” such trips focus on China, Korea, and Japan, although ships may continue south to stop in Vietnam, Singapore, and Thailand. This three-country region has one of the world’s fastest-growing populations – and the change is particularly prevalent in metropolitan areas like Tokyo, Shanghai, and Hong Kong.

As a result, cruise excursions cover traditional exploratory activities into the region’s cultures and cuisines, as well as luxury shopping.

Where might you go? Although itineraries vary and are subject to change, stops frequently encompass Tianjin, Shanghai, Taiwan, Nagasaki, Hong Kong, Tokyo, and Okinawa, as well as Phuket and Bangkok in Thailand.

• Southeast Asia: Typically lasting seven nights, Royal Caribbean’s Southeast Asian itineraries go between ports in Thailand, Vietnam, Singapore, and Malaysia. Stops vary between the region’s major metropolitan areas – such as Kuala Lumpur, Ho Chi Minh, Singapore, and Bangkok – and others, like Phuket and Langkawi, that take you away from the skyscrapers and bustling streets. 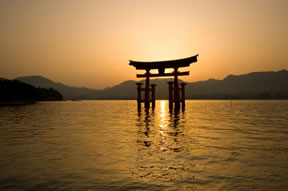 Royal Caribbean’s Asian itineraries run throughout all seasons – so, essentially, whenever you’d like to see the Far East, there’s a vessel leaving from Singapore, Tianjin, or another major port.

Yet, like all trips all over the world, those to East and Southeast Asia vary in length. Standard trips last six or seven nights – but, especially if you’re traveling in from North America or Europe, factor in the flights to and from the departure port to determine the true length of your vacation.

If at least 10 days away seems too long, Royal Caribbean presents a wide range of shorter Asian cruise itineraries for both regions. Lasting three to five days, these trips have just two or three ports. A ship may start in Singapore and then go to Penang, Kuala Lumpur, Langkawi, or Phuket, or begin in Tokyo and do a round-trip voyage to China.

As the high costs of visiting each port make a trip to Asia appear prohibitive, Royal Caribbean has the solution to realize your travel aspirations. Experiencing Asia’s major cities is a once-in-a-lifetime opportunity, so begin reaching that goal with a great cruise deal through Direct Line Cruises.